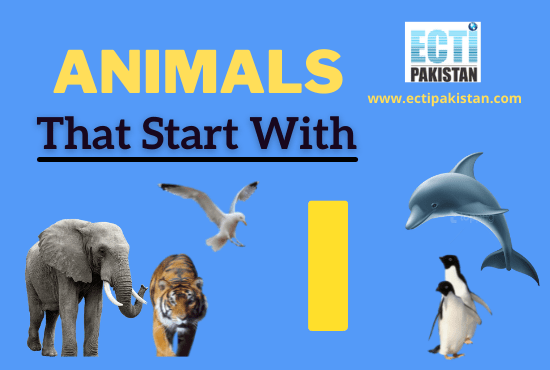 Some interesting facts about Animals with I

Animals That Start With I in different Languages

ECTI has added different languages for animals that start with I. It is for who are speaking languages other than English.

Ecti is happy to provide educational, entertaining, and informative content on the different animals. Our informative list is in alphabetical order, and it can include a few more categories than just discussed. You can also find a separate collection of the images of animals that start with I.

Our list contains the following animals that start with ‘I’.

Some Interesting Facts About Animals with I

They jump into the water when they feel danger disturbed.

Ibex are very nimble animals. They can jump more than six feet high.

Ibises are social birds that live, travel, and breed in flocks.

They are one of the most ancient dog breeds.

They don’t have swim bladders.

Primarily, they eat insects but sometimes eat fruit in summer.

One of the largest of the squirrels.

They are the most prevalent and destructive vertebrate pests.

Has sharp teeth that can shred leaves and puncture human skin.

Unable to revert their cells to their earliest form and grow anew, meaning they have the potential to live infinite lives.

Amazing jumpers are known to jump over obstacles in their way, rather than going around them.

Imperial Eagles are the second-largest Eagle in Europe.

To help them adapt to the water and vegetation surrounding it, their feet are nearly entirely webbed.

They have comparatively long trunks than other elephants.

Flying foxes are the largest bats in India.

They can go without drinking for long periods.

Their eyes are large and prominent. When running, the bounding gait is evident.

Born with fur and with open eyes.

Its cry is similar to “chip chip chip” when it senses danger.

A wart-like growth covers their shoulders and upper legs.

Typically shy and small, compared to other tortoises, they prefer sunlight and life in the open, but they can adapt to indoor life with sufficient heat, lighting, and humidity.

It has an orange or gold coat with black stripes.

It uses its long, muscular legs to propel itself from trunk to trunk.

There are around six to ten million species in the world.

In the winter, they can lose up to 40% of their body weight.

Rarest of all cats found on a Japanese island.

This breed matures more slowly than other breeds.

The smallest species of jellyfish.

Found only on the Channel Islands.

Bottom dwellers, but not bugs.

A small space is ideal for them.

They have a relatively narrow palate between the first premolars.

They aggressively fight over food.

Animals that start with i in Spanish

Animals that start with i in French

Animals that start with i in Australia

Animals that start with i in North America

Animals that start within Tagalog