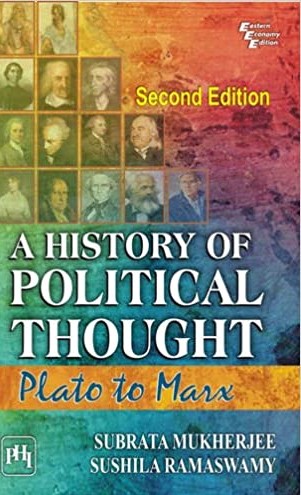 A History of Political Thought Plato to Marx

A History of Political Thought From Plato to Marx, this comprehensive introduction, which has been successfully translated into a second edition, presents a lucid investigation of the classical political tradition. Using thirteen key political thinkers, including Plato, Aristotle, Machiavelli, Hegel, and Marx, the author provides insight into the fascinating evolution of political ideas. Classical political theory is portrayed as declining and reviving, as the clash of universalism versus localism is revealed in the text. A focus is on recent interpretations of classical texts, such as Plato’s concept of the ideal State; Machiavelli’s social humanism and republicanism; Locke’s radicalism; and John Stuart Mill’s contribution to the women’s cause. For undergraduate and postgraduate Political Science students at various universities, as well as for candidates for the civil service examinations, this book is written. Two important liberal thinkers have been included in this edition, Mary Wollstonecraft, who established liberal feminism, and Immanuel Kant, a deontological liberal. In addition, an Appendix on John Rawls, a thinker credited as a key figure in the revival of normative political theory, is added.

Free Download A History of Political Thought Plato to Marx in PDF.