If you are a student, teacher, or doing any job or business and want to learn and speak English effectively, you should better understand the grammar and the rules.

On the other hand, there are difficult words that have the same meaning. Therefore, for a deep understanding of words with their meanings, you can use Parts of Speech.

When it comes to speech, the main thing you should understand grammatical words and meaning in a sentence. Most of the time, people mix it and don’t know the proper usage of different words by identifying them.

There are eight parts of speech that are also known by the classes listed below:

By identification of words and using them properly within a sentence will tell the function of the word. So, it is vital to develop a more understanding and actual meaning of the word and the parts of speech with examples.

Let’s discuss them one by one:

Let’s start with the Noun that is first in parts of speech. It is the words or class of words that refer to objects, places, people, any other ideas or actions. Most of the time a noun is known as the person, place, or thing, but the most important thing is the object’s clarity. If it is persons, then persons mean people of all genders.

Moreover, if one is talking about things, then it means that you should know by knowing the specific things. It consists of physical things, objects, or abstracts.

Pronouns are known as those words that are utilized to replace the Noun in a particular sentence. When the pronoun replaces a noun, it will result in over the Noun’s existence.

As if you are talking about “Jhon,” then you will use jhon, again and again. To overcome that, you will use him or any other word at the john. The most common pronouns used for replacing a noun are He, She, I, You, Him, Her, That, They, etc. You will get more clarity with pronoun examples.

Various types of pronouns are explained in the Types of Pronouns.

A verb is a word that is known by action. It is the most vital part of the parts of speech. You can’t think of learning English without a verb.

Moreover, A verb is a part of speech that communicates an action, an occurrence, or a state of being when used in a sentence. In sentences, verbs are an essential part of the word, explaining or describing what the sentence’s subject works?

In English, there are several types of words that are considered as verbs. just like some of the verbs are cook, eat, walk, or run. These are known as a verb the reason is that they seem to like doing an action. We will discuss them in detail at Types of Verbs

Just like adjectives, adverbs are performing the same task. The meaning of Adverbs is: “To add something in the verb.” They are used to modify verbs, clauses, adjectives, and prepositions.

The function of the adverb is to let you know that How the work is performed? Likewise, time, location, degree, etc., let’s discuss some examples to clarify the adverbs.

Usually, the adverbs contain the words that ended up with “ly.” So, we will also look at the Types of Adverbs that will help you understand more about adverbs. You can also learn the adverbs with the help of an adverb list.

The adjectives are usually known as a modifier. They are used to explain other words like nouns or pronouns. If you are writing or speaking, whatever you are doing. Adjectives will make your sentence to describe better.

What is the role of adjectives in making your writing more adorable?

The role of an Adjective is to add something to the meaning of the noun. In this way, the noun is prominent. Similarly, it can be possible by adding some senses like taste, feel, smell, or how it exists.

Moreover, various types of adjectives will help you to understand better further about the adjectives precisely.

In grammar, certain words play a significant role in giving direction, place, and time in sentences, most commonly before nouns and verbs. They are creating a relationship between two different words. That will help them in making a proper sentence. The words are in, at, below, etc.

Conjunction comes from the word “Conjoin,” which plays the goal of connecting words, phrases, and clauses in a sentence. So, that one can know it altogether. These words can be used to convey ideas, actions, or someone’s thoughts. Usually, the words used are but, or, and, when.

Let’s take an example that will assist you to have a better clearance:

In this way, conjunction performs the work of making a sentence that has a meaning and is easy to understand. Various types of Conjunctions will help you to clear your remaining doubts about the conjunction and its use.

Moreover, the conjunction will be used in between two sentences. If you find it at the beginning of any sentence, it will be known as an informal sentence.

Interjections are those words used to describe or show emotions. They often come at the beginning or in-between of any sentence. They include joy, sadness, anger, or happiness.

After Interjections exclamation mark is used as these words are expressing feelings. You can get a deep understanding of the interjection in detail by the Types of Interjections.

How to Prepare the Part of Speech?

When it comes to knowing the parts of speech, you should have a critical analysis of the words. If you are using a word, you must know about its meaning, usage, and position. Take a start from the simple sentences and then take them to the complex.

In this context, you will have a good grip on the parts of speech that are the foundation of English grammar. Moreover, you can do practice by starting with a noun and then up to interjection. It will make you more trained about the English Grammar basics.

To sum up, with our in-depth research parts of speech will be easy for you. After reading the blog, you can do an analysis of any sentences. It will be easy for you to identify the Noun, Pronoun, verb, adverb, and others in the sentences. Further, you can check yourself by passing through the multiple parts of speech quizzes. Lastly, share your precious feedback and if you found any query please ask in the comment box.

Types of Noun - 8 Types with Examples 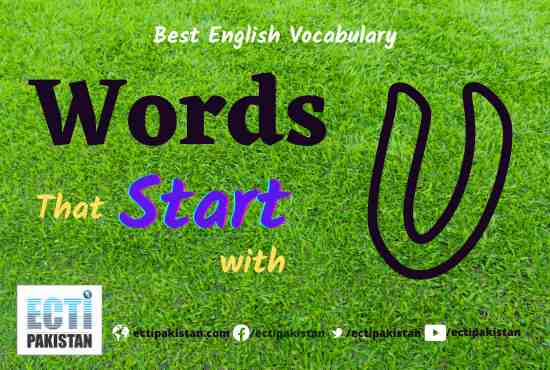